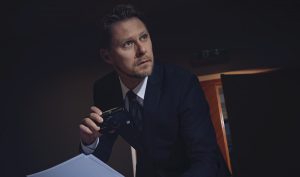 Set in 2004 just before Estonia joined NATO and became a top target for Russian intelligence, greed and the need for recognition leads new recruit Alfred Vint to cooperate with the Russians, leading to a cat-and-mouse game with determined young Estonian counter-intelligence officer Marko Arrak.

Chinatsu Otsuki, acquisition manager at WOWOW, said: “We are very excited to close the first deal with GoQuest Media. Traitor is a superb spy thriller, and the story is very twisting.”

US streaming service Hulu has acquired UK comedy Bloods in a multi-season deal.

The series, which is produced by Roughcut TV for Sky, will debut exclusively in the US on Hulu on 9 December. Its acquisition comes as the comedy begins filming on its 10-part second season, which will air on Sky Comedy and streaming service NOW in 2022.

Bloods is being distributed by NBCUniversal Global Distribution on behalf of Sky Studios.

The series follows tough-acting loner Maleek and over-friendly divorcee Wendy, a pair of mismatched paramedics and their fellow ambulance station colleagues through the life-saving world of a south London emergency service.

Starzplay to revive ‘Party Down’

Starzplay has commissioned a revival of cult comedy Party Down, with a new six-part series featuring the return of original stars.

Cast members Ken Marino, Adam Scott, Jane Lynch, Martin Starr, Ryan Hansen and Megan Mullally are confirmed to reprise their starring roles in this follow-up to the show, which aired on Starz from 2009-2010.

Party Down follows a Los Angeles catering team – a sextet of Hollywood wannabes stuck working for tips while hoping for their “big break.” Each episode finds the hapless catering team working a new event – and inevitably getting tangled up with the colorful guests and their absurd lives.

“After more than 10 years, we’re excited to have the cast, many of whom are now hugely popular award-winning stars, return to don their pink bowties and head back to the party,” said Jeffrey Hirsch, president and CEO at Starz.