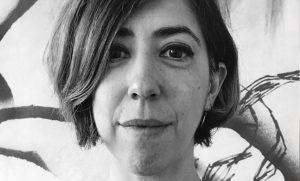 The Last Wave producer Kwai has appointed a new MD, with the French production company’s founder and MD Thomas Bourguignon stepping down.

Stèphanie Carrère will replace Bourguignon, who is departing to expand his career in writing and directing.

Carrère has previously produced The Last Wave for Kwai and was also attached on shows including Baron Noir.

She has also been behind TV movies such as My Son, Legally Messy, Bound By Heart and The Temple Killer and is currently developing a new drama series for a French national broadcaster, with details under wraps.

Andrea Scrosati, COO & CEO of continental Europe at Fremantle, said: “Stèphanie has been a pivotal member of the team since she joined in 2010. With her extensive production experience and knowledge of the industry, I’m confident that Stèphanie will continue to guide Kwai forward as one of France’s leading producers of exceptional drama.”

Carrère added: “It’s an honour to be able to continue my journey at Kwai as MD and carry on the great work Thomas has done in creating a company that uses the best creative talent to deliver compelling stories to international audiences.”

Fremantle, which recently expanded Scrosati’s remit to include Germany, the Nordics, the Netherlands, Belgium and Poland, acquired a majority stake in Kwai in 2015.