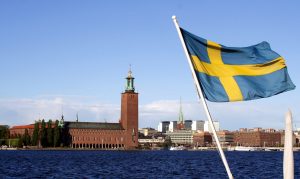 The Swedish streaming market has added 350,000 subscribers over the past 12 months, with Netflix, Viaplay and Disney+ the most popular.

According to Mediavision, the growth comes in spite of the number of subscribing households being largely unchanged.

As such, the additional subscriptions come from households which already have at least one subscription and are continuing to stack services.

The largest contributor to growth was Disney+. The streamer, which launched in Sweden in September 2020, makes up half of all added subscriptions in the market, Mediavision said.

Overall, Netflix continues to be the most popular streaming service in Sweden. This is followed by Nordic Entertainment Group’s Viaplay and Disney+. Combinations of the three are the most common in households with multiple subscriptions.

Marie Nilsson, CEO of Mediavision, said: “These findings demonstrate that there is a strong demand for new and attractive services, despite household penetration remaining stable. It is still possible to successfully establish a new brand on the Swedish streaming market. However, Mediavision’s analysis points to these services currently creating growth in ‘stacking’, rather than penetration.

“A contributing factor to the success could be that new services often launch at a highly competitive price. Concurrently, households have simply added these services to their supply without terminating an existing subscription.

“Recently, we have seen this pricing strategy also being applied at the launch of HBO Max. There is reason to believe that aggressive price strategies will push stacking in the streaming households even further.”