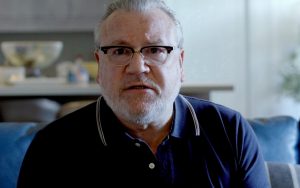 UK distributor Woodcut International has partnered with The Rob Knox Foundation to launch a documentary about the murder of Harry Potter actor Robert Knox.

(K)nox: The Rob Knox Story (1 x 60 minutes) tracks the story of the 18-year-old, who was stabbed to death just days after filming his breakthrough role as Marcus Belby in Harry Potter And The Half-Blood Prince.

The documentary features interviews with family members, friends and cast members of Harry Potter, including Ray Winstone, Jim Broadbent and Dani Harmer. It explores Knox’s life, the police investigation that followed his murder and attempts to highlight the ongoing horrors of knife crime.

The partnership sees Woodcut International team up as executive producer and worldwide TV distributor on the show, which has been directed by Aaron Truss, produced by The Rob Knox Foundation (Colin Knox) and Nick Kenton.

Truss, director & executive producer at The Rob Knox Foundation, said: “Not only have Woodcut been involved with some great documentaries like Damilola: Death Of A Ten Year Old, but they also understand the need for a film like this in today’s society. Knife crime especially in the UK is worse than ever, so we hope that this film will make an impact on people’s attitudes towards this horrific culture.”

Koulla Anastasi, commercial director at Woodcut International, added: “This film pays homage to a young man whose legacy has shone a light on knife crime, and his fame in the Harry Potter movie has created a unique vehicle to draw attention to the soul destroying impact crimes of this nature have on so many lives.”

Since the documentary wrapped production in October 2020, it has been touring the film circuit and has won Best Feature Documentary at the London Independent Film Festival, among a string of other accolades.