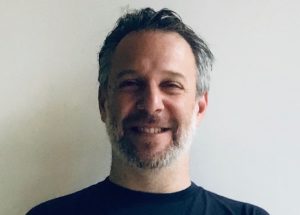 The TV and film producer will work closely with the firm’s development teams in Montreal, Toronto and Los Angeles to develop and produce factual programming across all genres and formats for the global market.

Kronish helped to launch the Vice TV network and ran the studio in Canada. His credits include series such as Cyberwar, FUBAR, Nirvanna The Band The Show and Dark Side Of The Ring, as well as the feature film Jim & Andy: The Great Beyond.

Prior to Vice, he headed up the international television studio at Zone3 and also served at Galafilm, where he developed and produced shows including Cirque Du Soleil: Fire Within.

Kronish praised Muse as “an extraordinary team of like-minded storytellers,” while the company’s VP of factual, Jonas Prupas, said that the exec’s “20 years’ experience in the genre, as well as his extensive international network with key talent” made him the ideal partner to help the company push into the premium factual space.

On the scripted side, Muse Entertainment is currently offering production services to Left Bank Pictures’ crime drama Three Pines for Amazon Prime Video, while earlier in the year, its own CBC original crime series, Coroner, was commissioned for a fourth season.