Sky, Cineflix Rights and Banijay have been revealed as the big winners at the Content Innovation Awards this evening, at an exclusive ceremony in London.

Sky UK took home the coveted Best Debut Drama Series Award for its hugely innovative and insightful show I Hate Suzie, along with the prize for Best Animated Kids Programme, which was won by Labuntina, and Representation On Screen, with Micah Richards: Tackling Racism.

Cineflix Rights took the Reality Show of the Year accolade for its hit show My Big Family Farm, as well as the Best Documentary Series trophy, which was won by Extra Life: A Short History of Living Longer.

The Best Documentary award was won by Banijay Rights for Inside Chernobyl With Ben Fogle, and the distributor also struck success with the Factual Entertainment Programme of the Year prize for Meerkat Manor: Rise of the Dynasty, with the award shared with YouTube Originals for its YouTube Pride 2021 show.

On the individual front, the Lifetime Achievement Award was picked up by Chris Bonney, the former CEO at Cineflix Rights, while the Outstanding Contribution to Content prize was awarded to BBC entertainment chief Kate Phillips.

The Rising Star Award went to Alicia Dalrymple of Dragonfly Film & TV, who has been a stalwart on shows including Ambulance and Surgeons At The Edge Of Life. 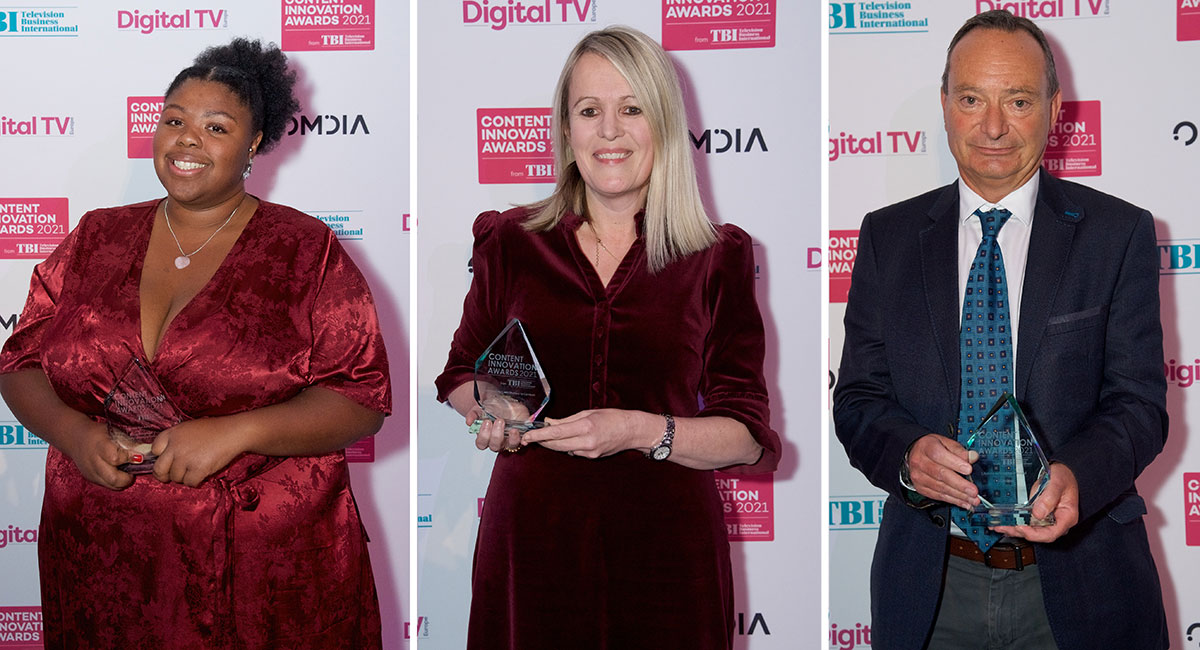 Best Short-Form Series
Shaftesbury for Slo Pitch
SBS for The Swiping Game: What is Yellow Fever?

Entertainment Format of the Year
Bandicoot for The Masked Singer UK

Sky UK for FYI Investigates: Children Caught in the Crossfire

Banijay Rights for Inside Chernobyl with Ben Fogle Best

Competition Show of the Year

Factual Entertainment Programmes of the Year

Banijay Rights for Meerkat Manor: Rise of the Dynasty

Series Launch of the Year
ABC Commercial for Fisk