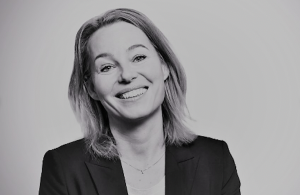 Annelies Noest becomes business director at the Box Of Talent and Fair Trade format distributor, with a remit to expand the company’s global network.

Noest, who previously worked for Endemol and Talpa Global, was most recently director of business development at ITVS, overseeing international partnerships and strategic deal-making.

She will work across a raft of scripted and unscripted formats, including drama formats Kafka and Crimi Clowns, as well as unscripted shows such as Welcome To The Family and The Way Out.

Noest said: “With such a strong catalogue and a great pool of creativity at its core, it will be fantastic to see how we can make it grow and convert opportunities into success and long-lasting relationships.”

Gepke Nederlof, Be-Entertainment MD, added: “Since we started Be-Entertainment, we’ve been able to grow our catalogue and our business considerably. I’m very excited to take this next step towards more solid growth. I know from experience that it’s a great pleasure to work with Annelies, one of the very best in the business, and I’m looking forward to embarking on this next chapter together.”