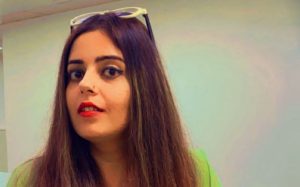 India-based broadcast, production and streaming group In10 Media Network’s Mansi Darbar is stepping down from her position after a little less than two years in the role.

Darbar joined as VP of corporate strategy & development in January 2020, when the company operated a single linear channel, Epic.

She has since overseen a rapid expansion strategy following the rebranding from Epic to In10, with the group’s portfolio now running to five linear TV channels, two OTT platforms – including factual streamerr Docubay – and a production house.

Aditya Pittie, MD at In10, said: “Mansi has played an integral part in our network’s growth journey and we are grateful for her valuable contribution to the business. I thank her for her efforts and wish her good luck for future.”

Darbar added: “It has been an overwhelming journey to be a part of the expansion process from EPIC to In10 Media Network. I would like to say a heartfelt thank you to Aditya for believing in me. And wish the very best to the network for all its future endeavors.”

Prior to In10, Darbar had been at Indian production house Applause Entertainment and before that worked on ALT Balaji, India’s first home-grown OTT platform. She will remain with In10 until January 2022, with a replacement yet to be confirmed. Her Darbar’s next move is not yet known.

In10 houses linear channels Epic, ShowBox, Filamchi, Gubbare and Ishara, while its streamers include Epic On and DocuBay.