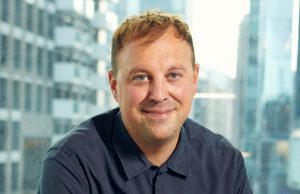 Morris becomes director of its production arm LADstudios and is tasked with building the commercial and creative opportunities across the business’s original video IP, channels, show brands and branded entertainment offerings.

He will also increase the size of the department by 50% by the end of 2022 and reports to Arian Kalantari, co-founder and COO of LADbible Group.

Morris previously spent more than 13 years at Barcroft Studios, working with founder Sam Barcroft to build the business into a content producer and channel owner. It was acquired by publishing group Future in 2019 for $30m, with Morris taking the reins a year later. He left in March and was replaced by John Farrar.

LADstudios produces original long and short-form programming for its nine core brands, which include LADbible, Tyla and UNILAD. These are distributed via services including YouTube, Facebook, Snapchat, TikTok and Instagram, while it has also produced Unheard for Amazon Prime Video.