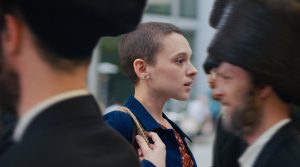 The company, which is a subsidiary of Studio Hamburg, is behind programming including Netflix drams Unorthodox and ZDF crime series Against Angst.

The purchase, which is currently awaiting approval from the German antitrust authorities, expands upon ZDF Enterprises’ and Studio Hamburg’s existing non-fiction partnership.

Fred Burcksen, president and CEO of ZDF Enterprises, commented: “I am pleased to now extend the excellent collaboration that already exists in the non-fictional area with the Studio Hamburg Production Group to the fictional genre.

“Real Film is a great addition to our investment portfolio in fiction programmes. I wish the two managing directors of Real Film Michael Lehmann and Henning Kamm every success.”

“We are delighted to be working with ZDF Enterprises to further strengthen the successful Real Film brand,” added Lehmann and Johannes Zull.

“Real Film already produces a wide variety of productions for cinema, TV and streaming services and would like to continue to offer the best creative people a successful home in the future. We look forward to touching, humorous, exciting films and series made in Berlin.”