Nóbrega, who has led Grupo Globo and its broadcaster/streamer operations since 2017, will be replaced by president of the board João Roberto Marinho, who becomes executive president of the group.

Channels boss Paulo Marinho, who has been in the role since 2020, has been named president of Globo.

He has previously held roles including executive director of kid’s channels Gloob and Gloobinho, director of its VIU Hub, and chief content officer & head of channels at Globosat. 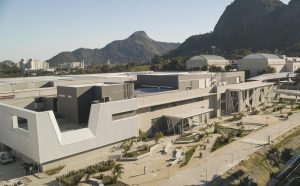 He took up his most recent role, managing the free-to-air and pay-tv channels and also the network’s affiliated broadcast stations, last year.

Nóbrega will remain in post until early next year to assist with the transition process. Globo said the rejig was part of its “profound digital transformation journey”, initiated by the exec – who has worked at Globo since 1996 – in September 2018.

Nóbrega was the first executive president for Globo outside of the Marinho family and will continue to serve on the Grupo Globo Board. The company’s portfolio includes FTA channel TV Globo, 26 pay-TV channels and streamer Globoplay.

It also comes amid mounting pressure on the Brazilian media giant, which is facing competition from international streamers such as YouTube and Netflix. In response, the company has been ramping up its studio operations over recent years, including building an in-house studio complex in Rio de Janeiro to improve the quality of its series.