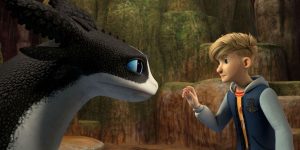 NBCUniversal-owned Peacock and Disney’s Hulu have both picked up Dragons: The Nine Realms, the latest spinoff in the How To Train Your Dragon franchise from DreamWorks Animation.

The CG-animated series will debut simultaneously on both US streaming services on 23 December, with the 6 x 22-minute series set 1,300 years after the events of the original 2010 feature film and bringing the dragons into the modern day.

John Tellegen, who was on previous spin-off Dragons: Rescue Riders will serve as showrunner and also executive produce alongside Chuck Austen and Henry Gilroy. 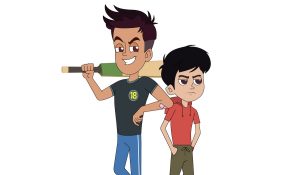 Debuting on 18 October, the 11-minute episodic series explores the sweet and sometimes sour banter, and rivalry between the two brothers competing for affection and goodies, while avoiding being reprimanded by their parents  for all their mischiefs at home.

Nina Elavia Jaipuria, head of Hindi mass entertainment and Kids TV Network, Viacom18, said: “With the launch of Chikoo Aur Bunty, we will add further width and depth to our portfolio of ‘made in India IPs’ and provide impetus to our mission of entertaining kids and creating an evolved kids ecosystem.” 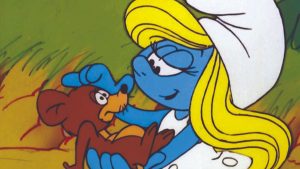 SPI International has acquired the digital distribution rights of the classic TV animation The Smurfs, along with the feature-length film The Smurfs And The Magic Flute from LAFIG Belgium and IMPS.

The deal gives SPI worldwide AVOD and SVOD distribution rights to the content on SPI owned or operated digital assets such as FilmBox on demand branded corners, FilmBox+ and Film1 streaming services and the ad-supported digital channel Filmstream. The classic series will be available on-demand with English, Turkish, Dutch and Polish dubbing options.

“The Smurfs is an iconic and worldwide recognizable brand that has been touching people’s lives in a positive way for decades. We are very excited to acquaint a new generation of viewers with the magical world of Smurfs and to inspire those who grew up with the beloved series to tend to their inner child more often,” commented Revi Benshoshan, director of acquisitions at SPI International.