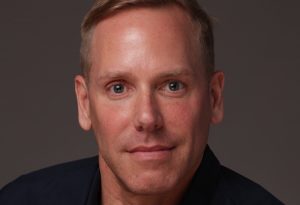 The new firm has received backing from Germany’s Constantin Film and forged a strategic partnership with BRON. It is already working with creators and prodcos in territories including Eastern Europe, Latin America and Japan and will finance the development of original IP with local creators across TV and feature film projects.

Brodlie most recently served as the SVP of international content for Disney+, where he led the content strategy for the Mouse House streamer in all non-US markets. Under his leadership, his team built a development slate of scripted and unscripted series and films across Europe, Africa, Asia, Australia and Latin America.

Prior to Disney+, Brodlie was director of original film at Netflix where he was responsible for films including Set It Up and To All The Boys I’ve Loved Before.  He also oversaw production of action and sci-fi films such as McG’s Rim Of The World and Jonas Akerlund’s Polar.

He has also held senior executive positions at studios including Paramount, where he helped build Paramount Vantage, Sony, TriStar and Miramax. 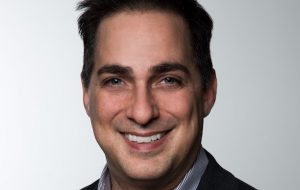 Kier, meanwhile, most recently served as the president of Sierra/Affinity, the finance, production and foreign sales company that is now part of eOne and Hasbro.  During his tenure, he managed the worldwide sales and distribution of films such as Spotlight, I, Tonya, Atomic Blonde and Manchester By The Sea.

Prior to Sierra/Affinity, Kier was responsible for overseeing all aspects of The Weinstein Company and Dimension film releases in more than 50 countries from the initial local theatrical releases through home video, television and digital platforms.

Brodlie and Kier, who will serve as co-presidents, are being joined at Upgrade by Sierra/Affinity exec Max Kondziolka, who will serve as manager of international sales and production, and Clara Bartlett who takes on the role of content manager after working with Brodlie at Disney+ and Netflix.

“There has been a profound shift in the viewing habits around the globe that has led to a dramatic increase in the demand for foreign language films and series.  Drawing from relationships with creative talent around the world, we are driven to bring compelling stories to the big and small screen,” commented Brodlie.

“It’s equally exciting to be working with Constantin Film, BRON and distributors that we have worked with from around the world as they expand into the content production space to provide the series and feature films that audiences are waiting for,” added Kier.