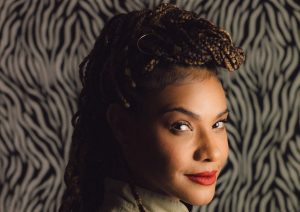 Brazilian giant Globo has appointed an exec from Twitter to lead content at its entertainment division, Globo Studios.

She was most recently at Twitter Next in Brazil, focused on local and global marketing strategies. Before that, she worked in advertising-focused roles for firms including Ogilvy Brasil, Music 2/Mynd, Avon Brasil, The Estée Lauder Companies, Trifil & Scala and Levi Strauss Co.

Almeida said: “I always had a great passion for building stories and a lot of respect for the people to whom I deliver them. My entire career, my world view, is about that: starting with an empathetic and honest look at people, their dreams, their fears, the beauty in the lives of regular people, like me.

“Building bridges, creating dialog between different realities. The opportunity of doing that in a plural country with so many stories such as Brazil is very challenging, especially when that is combined with the power and reach of a company like Globo.”

The Brazilian media giant has been ramping up its studio operations over recent years, including building an in-house studio complex in Rio de Janeiro to improve the quality of its series against rising competition from streamers such as Netflix.