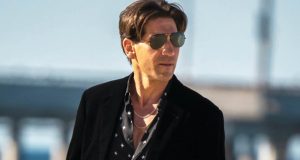 CrossCheck, which was founded in February of this year, is focused on Gen Z content creation and is a joint venture with Unrealistic Ideas, the outfit led by Mark Wahlberg, Archie Gips and Stephen Levinson.

The company is run by Canadian social media personality Josh Richards, who act as CEO, with Michael Gruen and Chris Sawtelle serving as its co-presidents.

In his new role, Sleisenger will take oversight of all scripted and unscripted TV projects for CrossCheck.

During a three-year tenure at Paramount Television Studios, the exec helped to develop American Gigolo for Showtime, The Devil In The White City for Hulu, The Talisman for Netflix and an untitled project for Apple from Justin Timberlake and Chuck Barris.

Prior to Paramount, he worked for the Gersh Agency.

“We’re excited to have Jared leading our television division,” Richards told Deadline, which first reported Sleisenger’s hiring. “Jared is a creative force who has led marquee projects across multiple platforms. We can’t wait to see all that he’ll accomplish.”

“I’m thrilled to be working with Josh, Michael, Chris and the entire CrossCheck team,” commented Sleisenger. “I admire their entrepreneurial spirit and the high-quality partnerships they’ve forged across verticals. I’m excited to be building on an incredibly bold and dynamic slate of series projects with them.”