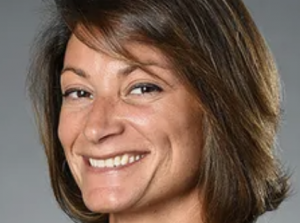 The exec, who previously served as VP of alternative series & specials, will now work across both the US network and recently launched unscripted division, Walt Disney Television Alternative.

The unit is led by Rob Mills and has a remit to develop unscripted shows for the Mouse House’s network ABC and its US-focused on demand service Hulu.

Faigus will be responsible for identifying new ideas, working with talent and supervising creative production on unscripted series and pilots.

She will also work to increase the unscripted division’s output of owned and distributed unscripted programming across all platforms.

Faigus joined Disney-owned US broadcaster ABC in 2015 and went on to manage titles including The Little Mermaid Live! Jeopardy! The Greatest Of All Time and Holey Moley.

Before that, she worked at CAA and eventually moved into showrunning and creative producing, including projects for NBC, CBS and HBO.

“Tiffany has been my right hand in expanding our unscripted slate at ABC and I couldn’t be happier for her to do so as we grow the business across Walt Disney Television,” said Mills. “Her deep roots in production and her strong relationships within the company and industry make her the perfect person to further the company’s success in unscripted programming across the multiplatform landscape.”

“I look forward to creating more groundbreaking unscripted and alternative television in my newly expanded role, not only for ABC but for our direct-to-consumer business,” added Faigus.