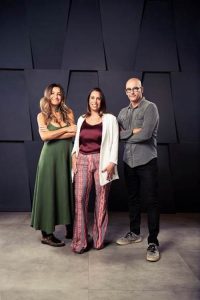 Banijay is expanding its agency model with Endemol Shine Brasil (ESB) becoming the latest division to manage participants of reality shows it produces.

The prodco has partnered with local influencer agency SUBA and together will manage talent from productions including HBO Max’s The Bridge and Queen Stars, as well as Canta Comigo (aka All Together Now) for TV Record.

Banijay launched a France-based talent agency this summer designed to tap into the relationship between influencers and TV, while an Iberian division has also been set up. The Brazilian agency expansion had been planned in 2019 but the pandemic delayed its launch.

“We identified an opportunity there, which began in France and Spain, when Endemol in both countries also began to manage its talent.”

Not all talent from ESB-produced shows will be managed by the group, however, with those from the local version of MasterChef remaining with local agency Meni.