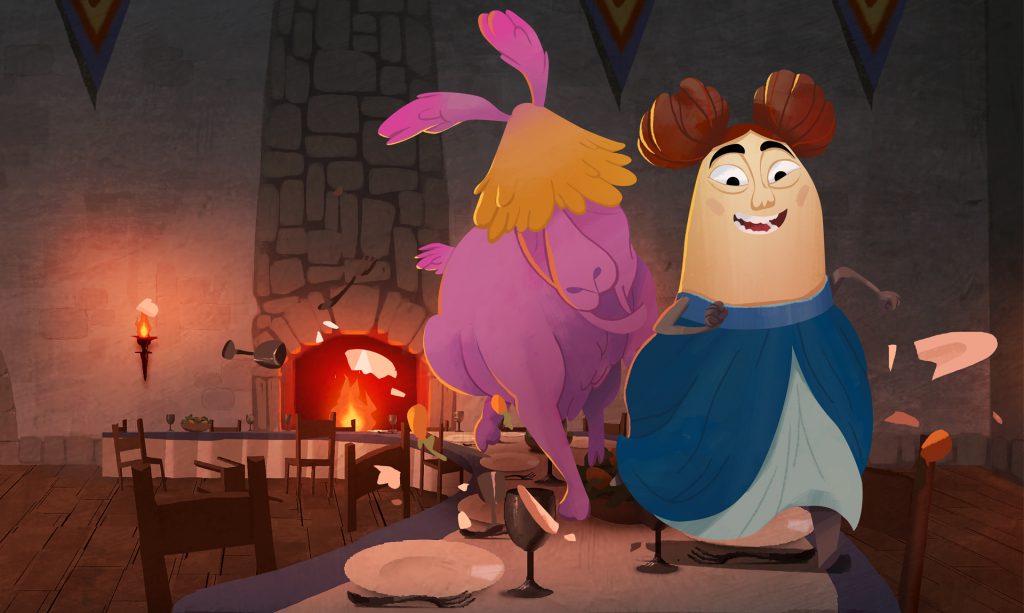 The Adventures Of Princess P

Cartoon Forum brought its 32nd edition to a close yesterday, following a packed schedule that saw hundreds of buyers on-site in Toulouse, France. TBI’s Mark Layton rounds-up what was on offer at the French animation festival.

After an online-only event in 2020, Cartoon Forum returned to its regular home in Toulouse, France, this week, with festival organisers claiming close to 900 participants, including around 200 buyers and decision makers physically on site.

Cartoon also ran an online digital platform, allowing those international buyers still unable to attend due to pandemic restrictions to check out some of the latest animated kids content to hit the market – with project presentations remaining available online into next month. 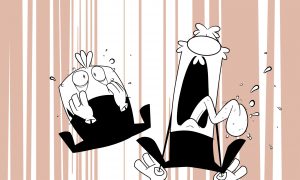 As always, there were plenty of new projects to entice buyers over the course of the four-day physical event, with a total of 84 new titles from 21 European countries being presented.

Shortlisted from 141 submissions, the 84 selected projects represented 460 hours of animation, with a total combined budget of €326m ($380m) and an average cost per series of €3.9m.

As per last year, France led the selections once again with 33 projects, while Ireland retained its second place with 11. Germany brought eight, Spain six and Belgium five, while the Czech Republic, Denmark and Portugal were represented by four projects each. Italy and Poland, meanwhile, showcased three projects apiece, while companies from Finland, Latvia and Ukraine arrived with one each.

This year’s Spotlight was focused on five new animations produced or co-produced in Portugal, a country that is traditionally known for creating original short films, rather than features or series.

The slate included: pre-school show Biriki, from Sparkle Animation and Abano Producións; YA series Pete & Bern’s, produced by Sardinha em Lata; Ukbar Filmes’ The Adventures of Princess P; The Saskatoons from Pikkukala and Sardinha em Lata; and What’s It All About? from Take It Easy. 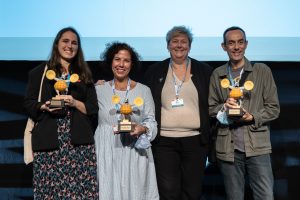 Cartoon Tribute also returned following its hiatus last year, with Belgium’s Ketnet-VRT, French studios Miam! Animation and TAT Productions awarded for their outstanding contribution to European animation over the course of the past year.

Ketnet, the children’s brand of Belgium’s Flemish-speaking pubcaster VRT, was named as broadcaster of the year.

Miam! Animation was awarded as distributor/investor of the year, with a slate that includes many series that have been recently presented at Cartoon Forum, such as The MiniWhats, PriZooners, Brazen, and Selfish.

TAT Productions was meanwhile recognised as producer of the year. Founded in 2000 by David Alaux, Eric and Jean-François Tosti, the studio won an International Emmy Award for the TV series The Jungle Bunch and is also behind the films Terra Willy and Pil.

Each award winner was named following a vote by the roughly 900 registered Cartoon Forum participants. 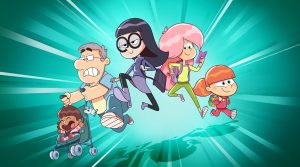 Out of all the projects being presents this year, Living With Dad, the animated comedy being developed by Frances’s Dupuis Edition et Audiovisuel, with Belgium’s Belvision, for France’s M6, was ranked as the top most-followed internationally co-produced project of the forum.

The 52 x 11-minute series is based on the Nob comic book and follows the modern daily life in an “endearing and nicely crazy” family. Aimed at 6-11 year olds it is being distributed by Mediatoon Distribution.

“Finding ourselves in the top position is the best reward the team that has been passionately supporting this project for so many months could have! Today we are not alone in loving this project, and that is an excellent indicator of the future success of the series with young audiences and their familiesm” commented Arthur Colignon, producer, and Caroline Audebert, MD of the French Audiovisual Production Division of Média-Participations.