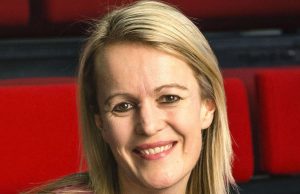 The UK’s BBC and NBCUniversal in the US have formed a development partnership to find and fund the next wave of unscripted programming ideas.

The joint unscripted partnership – described by the companies as “groundbreaking” – will be open to all UK-based production companies and see the two broadcasters searching for “ambitious, platform-defining ideas with transatlantic potential, which will resonate across their respective linear and streaming platforms.”

A “broad range” of unscripted genres will be considered, with ideas being either co-commissioned as pilots or further developed. Deals will fall under the BBC’s terms of trade, with on and off-screen diversity forming “a significant part” of the decision-making process.

Kate Phillips, director of entertainment at BBC Commissioning, said: “This unique partnership is such an exciting opportunity for UK-based producers. We want to lead the way in finding and investing in high impact, returnable British ideas and formats from all nations and regions, and this collaboration with NBCU will enable producers to develop their ideas at scale and win commissions on both sides of the Atlantic.”

Jenny Groom, EVP of entertainment unscripted content at NBCU Television and Streaming, added: “In such a competitive landscape, we love the idea of amplifying our audiences and creative output in partnership with the BBC. There is no better partner for NBCU and with Sharon Vuong and her team helping to lead the charge for us, we look forward to bringing the next great wave of unscripted formats to viewers across the globe.”

The BBC and NBCU have previously worked together on formats such as The Wall, The Wheel and The Weakest Link.

France welcomes back How To Look Good Naked

TF1 Group-owned network TFX is bringing a local version of Banijay format How To Look Good Naked back to France for the first time in six years.

Comment être Belle Toute Nue is being produced by Banijay’s Adventure Line Productions (ALP) and will see influencer Zak Khchaï helping a group of women learn to love the way they look, with and without clothes, no matter their body shape.

The format was originally created in the UK by Maverick Television. It has been broadcast in over 50 territories including the UK, US, Germany and Spain.

The 20 x 60-minute format will be helmed by UK host Ranvir Singh and sees three teams of two go head-to-head in a series of quick-fire general knowledge questions. They will then be required to unlock a riddle to secure a cash prize.