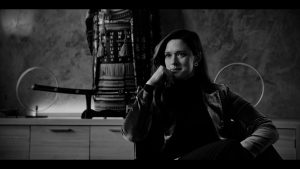 The series, which is being brought to market at MIPCOM, is produced by It’s Alive Films and stars Pekka Strang and Krista Kosonen. It tells the story of an engineer who falls for a mysterious woman.

Deeply in love, he is ready to jump into a relationship with her, but has to accept certain conditions: his new beloved has seven men – one for every day of the week.

“We are always looking for high concept shows, and the promise of Mister8 is both clear and fascinating. It is an amazing series that has all the ingredients to attract both traditional broadcasters and platforms: a feminist and hilarious comedy-drama with very modern themes; a strong and innovative artistic proposition; a universal concept, with a strong format potential. Such a great addition to our portfolio’’, said Monica Levy, co-head of international sales at Federation. 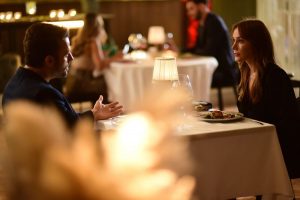 The series, from Sürec Film, airs on Show TV in Turkey and tells the story of a teacher who shares a date with the father of one of her students.

However, the morning after, both of them have wildly opposing feelings about the evening and describe the night very differently.

Directed by Hülya Gezer, the series stars Burçin Terzioğlu and Salih Bademci in the leading roles.

“This is an extraordinary series that grapples with tough issues in an unexpected way, asking difficult moral questions of the viewer,” says Handan Özkubat, director of Turkish drama at Eccho Rights. 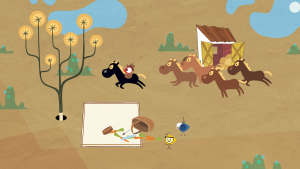 France’s TF1 has acquired kids series Mironins as a pre-sale, following a deal with UK-based distributor The Media Pioneers.

The 26 x 7-minute series is based on the works of Spanish painter Joan Miro and follows the adventures of three tiny paint drops –  Ro, Low and Blu – who have escaped from one of Miro’s paintings, to explore the museum where they live.

The series is a 2D, non-dialogue animation with a unique mix of music, art and comedy aimed at young children.

TF1 has acquired the series as a pre-sale for its kids channel Tfoumax, joining an international line up of broadcasters airing the show in 2021, including RTVE’s Clan for Spain, TVC’s Super 3 for Catalonia and VRT’s Ketnet, the Flemish kids platform in Belgium.

Maggie Liang, MD at The Media Pioneers, said; “We are delighted to distribute Mironins in EMEA and APAC. It is a unique concept in the market with high production quality and compelling storylines, offering young audiences a new way to engage with art and comedy”.