TBI is delighted to announce the shortlist for the 2021 Content Innovation Awards, the annual event celebrating the broadcasters, producers and distributors making the biggest impact in the TV landscape.

We have been inundated with entries and can now reveal those in the running to have their achievements recognised and win one of our coveted awards.

Here are a few of the nominees:

Series Launch of the Year

Entertainment Format of the Year

Bandicoot for The Masked Singer UK
BBC Studios for Dancing with the Stars
BBC Studios for Great Bake Off
Sky UK for Life And Rhymes
Sky UK for Rob & Romesh Vs
Eureka Productions for Holey Moley
NTV Broadcasting Company for Superstar
WorldExtremeTV for Extreme Cuisine
SHELTER/TOREADOR for THAT’S LOVE! 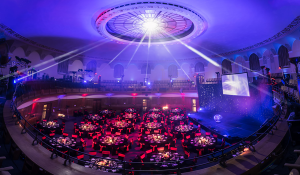 We are also excited to announce this year’s Content Innovation Awards will take place in Church House Westminster on 4 November.

The prestigious and luxury venue, located in the heart of London, is one of the capital’s hidden gems that offer stunning views overlooking Westminster Abbey. It is the perfect setting to celebrate your achievements and network amongst the most influential content producers, broadcasters, and distributors. So book your seat today and don’t miss out on the hottest ticket of the year!