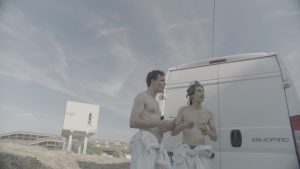 Produced by Heaven’s Gate, the 6 x 55-minute series is based on true stories and made in collaboration with the National Anti-Drug Centre (DEA) of the Czech Republic.

The thriller was created and written by Miro Šifra and directed by Viktor Tauš of Heaven’s Gate and Matěj Chlupáček of Barletta Productions, in association with Czech TV and MD4, originally airing last year during primetime on Ceska televise.

The series follows the story of David, a criminal caught up in the Czech-Vietnamese meth syndicates, who cracks under DEA interrogation, spilling secrets and betraying his best friend. With danger on all sides, becoming an informant might be his best chance to survive.

SBS On Demand Channel Manager, Haidee Ireland, said “Rats is a thrilling and stylish series, and we are excited to have it join our collection of world class dramas from all over the world, handpicked and curated for local audiences on SBS On Demand”. 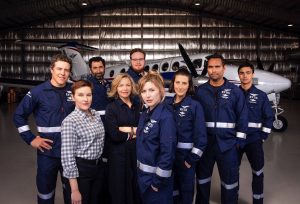 Broadcasters in the US, Europe and New Zealand have acquired upcoming Australian drama RFDS: Royal Flying Doctor Service ahead of its debut on Channel 7 and 7plus next week.

Distributor Banijay Rights has struck multiple deals for the eight-hour drama, including with  Channel 4 for More 4 in the UK, PBS in the US, TV4 in Sweden, SBS in Belgium, Talpa in the Netherlands and TVNZ in New Zealand.

Produced by Endemol Shine Banks for the Seven Network, the series, which will debut on 11 August, follows the modern-day heroes of the Royal Flying Doctor Service, where doctors and nurses, pilots and support staff must negotiate the unique challenges of emergency rescue across some of the most inhospitable places in the country.

Claire Jago, EVP sales and acquisitions EMEA, Banijay Rights, commented: “Based on extraordinary real-life stories, RFDS: Royal Flying Doctor Service is a powerful drama series that not only perfectly chronicles the ‘edge-of-your-seat’ emergencies our heroes attend, but also the sense of community that brings these lives together.

“We’re extremely pleased with the widespread interest for this show, which we are sure will delight viewers worldwide.”