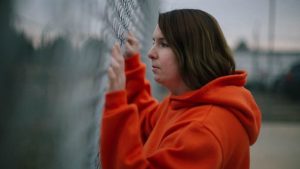 Discovery+ has commissioned a new docuseries exploring the efforts of an Arkansas jail to rid their community of a drug epidemic.

The Program: Prison Detox is produced by Big City TV, part of The Content Group, which is an Asylum Entertainment Group company. The first three episodes will debut on the streamer on 25 August, with the rest dropping weekly.

The series follows the work of staff at the Sevier Country jail in Arkansas in the US, who have piloted an initiative offering qualified inmates the chance to walk free if they graduate from a three-month drug rehabilitation program.

The show chronicles the journeys of inmates, called trustees once they begin the program, who are facing upwards of 70 years in prison as they endeavor to see their prison sentences erased—if they successfully put in the work, graduate from the program and adhere to the rules set forth by its administrators.

The commission comes on the heels of other unscripted orders for the streamer, including classic car-focused docuseries Richard Hammond’s Workshop and hotel renovation series Trixie Motel, and just a few months after it poached Facebook Watch head of unscripted Toby Faulkner as SVP of content.

Big City TV, meanwhile, is behind other factual productions such as TLC’s Doubling Down With The Derricos and The Escape Of John Wilkes Booth for History.