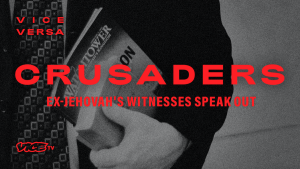 Vice TV in the US is preparing to air a “disturbing” documentary from Aaron Kaufman that alleges a cover-up of corruption, abuse and mind control within religious group, the Jehovah’s Witnesses.

Vice Versa: Crusaders is being directed by Kaufman (Sin City: A Dame To Kill For, Spread), a former third generation Jehovah’s Witness who claims to have faced shunning by his family after starting a four-year investigation into the ways in which the organisation has protected pedophiles within their congregations.

The doc, which debuts on the US network on 28 July, is being exec produced by Lauren Terp, along with Moxie Pictures duo Daniel Levinson and Robert Fernandez.

It is being produced in association with RYOT’s Callie Barlow and Hayley Papas, and Vice Studios’ Danny Gabai and Andrew Freston are also exec producing.

“After witnessing firsthand the cycle of abuse that runs deep within the Jehovah’s Witnesses, I could not rest until the dark truth of this organisation was brought to light,” said Kaufman. “Vice Versa: Crusaders exposes those who use their immense power and influence to maintain control in the name of God.”

The show, which will feature interviews with whistleblowers and access to leaked documents, is part of the Vice Versa strand of docs, which has also included Vice Versa: Fear Of A Black Quarterback and Vice Versa: Chyna.