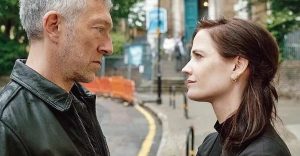 Apple TV+ has expanded its European originals with its first Anglo-French drama, which has been written by Spiral’s Virginie Brac.

Liaison is being co-produced by Newen-owned Ringside Studios and Leonis Productions, with Stephen Hopkins (24) attached to direct.

The story involves “espionage and political intrigue”, with Apple describing the show as a “high-stakes, contemporary thriller exploring how the mistakes of our past have the potential to destroy our future.”