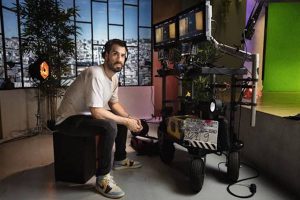 Visitors has been created written and directed by Simon Astier and produced by Stéphane Drouet of MakingProd. Filming in studio and outdoor is due to last until end of July.

The 8 x 26-minute fantasy comedy series follows a man after his first day working for the police.

Its production follows a call for fiction projects launched by the WarnerMedia group’s series brand, which was won by Astier and MakingProd.