Where Does The Money Go

Germany’s Kabel 1 asks ‘Where Does The Money Go’

The series was originally launched on NPO1 in the Netherlands last year, with the broadcaster having recently ordered a second season.

Tresor will produce the German version of the series, which follows different families across the wealth spectrum, from the very wealthy to a family living month-to-month trying to make ends meet.

With the audience having complete insight into their accounts and spending, each family sets itself goals as to what they need to budget with the aim to end the month with a set amount left.

Tresor MD Axel Kühn said: “Talking about money is one of the remaining big taboos and Where Does The Money Go, or Über Geld Spricht Man Doch in German, has found a clever way to look at people’s income and expenses and turned this into a fascinating format. We believe that this format can be the next big thing.” 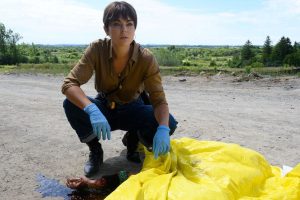 Nine Network in Australia, Sky in the UK, Paramount+ in the Nordics, SBS in Belgium, Sky Italia and Stöð 2 in Iceland have all acquired the first three seasons of Canadian crime drama Coroner, following deals with distributor Cineflix Rights.

The company has also acquired the global rights to the recently commissioned fourth season of the CBC original series.

Based on the books by M.R. Hall, Coroner is produced by Muse Entertainment, Back Alley Films, and Cineflix Studios for CBC in Canada. It follows Dr. Jenny Cooper (Serinda Swan), a recently widowed, newly appointed coroner who investigates suspicious, unnatural, and sudden deaths in Toronto.

“With these latest international sales, Coroner continues to demonstrate its enduring global appeal,” commented James Durie, head of scripted at Cineflix Rights. “We are thrilled to add season four to our growing scripted slate, especially since we already have a lot of interest from buyers whose viewers are keen to continue following the stories of such well-written characters.” 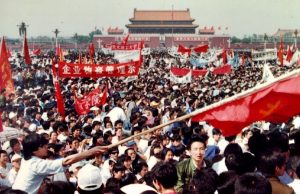 Super Tunnel (9 x 60-minutes), made for BBC2 by Windfall Films, follows a team of more than ten thousand engineers and construction workers as they work to complete Crossrail, the biggest engineering project in Europe.

Topical cultural series Deciphering South Korea (4 x 48-minutes) by Peddling Pictures for Channel NewsAsia, is a deep dive into the country behind K-Culture.

The World’s Most Amazing Festivals (12 x 30-minutes), a Pronto Prod and TVF production, explores traditions and rituals passed down for generations in countries like Mongolia, Guyana and Finland, while historical travel feature The Great Wall of China: The Making Of China (1 x 67-minutes), made for UK pubcaster Channel 5, travels the entire length of The Great Wall, uncovering 3000 years of history.

As well as completed programming, TVF International is bringing several co-production and pre-sale opportunities to market: The Case I Can’t Forget (6 x 50-minutes) from Rare TV for RTE is a new true-crime series in which a top detective describes, clue by clue, the stand out case that shaped their career.

Unbelievable Me (10 x 45-minutes) from Barcroft Studios features some of the most remarkable people from around the world. Each episode showcases five individuals who refuse to let their physical differences stop them from living inspirational lives.

Canal+ in France, Sky in New Zealand and CMore for Denmark, Finland, Norway and Sweden have acquired YA thriller Eden, following deals with All3Media International.

The series, which is produced by Every Cloud Productions and Balloon Entertainment, launched in Australia this month as a Stan Original series and will be available for US audiences on Spectrum Originals from 12 July.

Eden unfolds in an idyllic coastal town, where the disappearance of a young woman triggers a devastating chain of events, exposing the dark heart of this supposed paradise. As long-buried secrets are dragged into the open, lives and deeds intersect over one fractured summer and its aftermath.

Dark Land is a 4 x 60-minute exploration of some of the most disturbing unsolved cases in British history, produced for the BBC and serving as a follow-up to the BBC2 special Dark Son.

Meanwhile, 20 x 60-minute series Coastal Killers was produced for CBS Reality and has been re-versioned for international distribution. It explores the macabre stories of Britain’s not-so-sunny seaside towns.