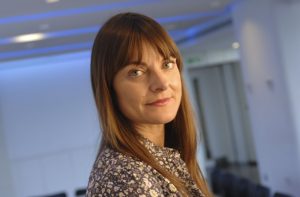 Stepping into the newly created role, and reporting to CEO Gabriel Jagger, Jaye will be responsible for spearheading the company’s move into original film and TV production. She will develop films, docuseries, and live events for streamers and broadcasters.

The company was set up by Jagger two years ago to celebrate emerging and established British talent in the world of music, arts and entertainment and Jaye, who also served as content chief for BBC iPlayer until 2018, will help to shape WhyNow’s creative strategy.

As well as serving as a creative executive at YouTube Originals, where she worked on such as its Creator Spotlights franchise, Jaye was also the launch editorial director at the BBC and ITV joint-venture BritBox, where she developed a pipeline of original content and co-productions.

At the BBC, Jaye is known for leading the 2014 creative relaunch of iPlayer, which extended the service for the first time beyond catch-up, releasing whole BBC TV series as box sets ahead of broadcast and commissioning original programming.

Jaye’s introduction of the iPlayer pilots scheme and original short form series unearthed hit shows including People Just Do Nothing and Impractical Jokers, and provided an innovation platform for new British talent such as Vinay Patel, Guz Khan and Grace Victory.

In addition, through collaborations with the Tate, V&A and the National Portrait Gallery, Jaye brought blockbuster art exhibitions to iPlayer in Private View, presented by musicians and models including Goldie, Tinie Tempah, Neelam Gill and Liane La Havas.

“I’m thrilled to be working with Gabriel and the team at WhyNow at such an exciting time for the company, as it grows its premium programming slate, partnering with stellar talent onscreen and off,” commented Jaye.