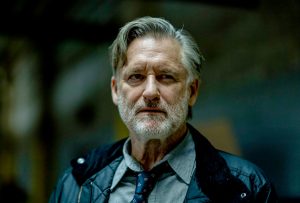 Kate Hoenigsberg has returned to NBCUniversal, which has hired her as SVP of drama development for Universal Television, following a stint at failed short-form streamer Quibi.

Hoenigsberg will report to Vivian Cannon, EVP of drama development, who previously served in the SVP role, until she was upped to head the department last year, following Erin Underhill’s promotion to president of Universal Television in November 2020.

In her new role, Hoenigsberg will be responsible for developing series for broadcast, cable and streaming platforms. She joins from Quibi, where she led on scripted development and programming, working on series such as The Stranger and When The Streetlights Go On.

Quibi officially ceased operations in December 2020 just seven months after launching, following an admission in October that it had failed to secure subscriber interest and would be closing down.

Hoenigsberg previously spent more than a decade at NBCUniversal, including as VP of scripted cable, where she developed shows including USA’s The Sinner and Bravo’s Dirty John.

“We are excited to welcome Kate back to the NBCUniversal family,” said Underhill and Cannon in a joint statement. “She’ll play an integral role on our drama team as we continue to increase volume and sell to every platform that needs entertaining, quality content.

“Kate brings a wealth of knowledge from her time at Quibi as well as in past roles and we’re lucky to have her on the team.”