Green Planet distributor BBC Studios (BBCS) will have no physical presence at MIPCOM in October for a second year running, TBI understands.

The Reed Midem event, which is slated to run 11-14 October, is normally the biggest gathering in the TV calendar but was cancelled last year as the pandemic spread and now BBCS has confirmed to TBI it will not be heading to Cannes this year either.

It is understood that the decision has been made because of the lead times required to plan for the event combined with the ongoing uncertainty around international travel, with France recently tightening restrictions on visitors in a bid to control the spread of Covid-19 variants. 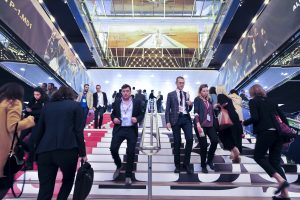 No execs from BBCS’s content sales team will be on the ground in Cannes, while its striking aluminium stand – which was launched two years ago – will not take up its usual position close to the Croisette.

BBCS, whose slate includes Ben Whishaw-starring drama This Is Going To Hurt and Jimmy McGovern’s Time, will instead turn its attention to its own expansive digital platform, BBC Connect, which was launched last year and offers buyers access to online screenings, as well as interviews with talent.

Reed Midem, meanwhile, is preparing for a full physical event in Cannes, including keynotes, networking sessions and premiere screenings.

The production funding forum is also planned, as is drama-focused event Canneseries, but there will be no digital ONLINE+ offering this year, following its launch in 2020.

In its place will be a “digital extension” to the physical show, which Reed describes as an “online complement extending the reach of the physical market in Cannes”. It will allow companies to prepare their show in advance of the event itself and will be available during the physical market, with further details due to be released in the coming weeks.

Lucy Smith, who replaced Laurine Garaude as director of MIPCOM earlier this year, told TBI that more than 150 exhibitors from 34 countries are already confirmed for the physical event in Cannes and added that “they are resoundingly telling us how vital it is for the market to take place this year.”

Smith continued: “We recognise that the journey back to in-person conventions will be different for each company. We have a long historic relationship with BBC Studios and respect their decision not to exhibit this year. As an industry, we are all coming out of these unique times together and we know for many of us MIPCOM will be the first step forward in that journey.” 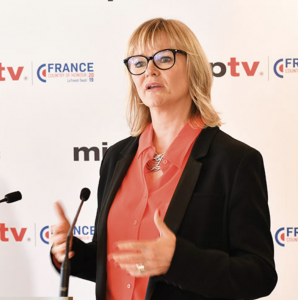 In a statement to TBI, BBCS said: “To give certainty to our customers and colleagues we have confirmed that BBC Studios will not be exhibiting at MIPCOM 2021.

“We will continue to bring our world class content to customers through our acclaimed digital platform, BBC Connect, and look forward to a time when we can regularly meet our partners in person once again.”

BBCS is the first major distributor to confirm its decision for MIPCOM, with numerous other players waiting to make their calls.

Banijay is understood to be planning to attend the event at present, while All3Media is keeping an “open mind” on its presence, pointing to ongoing travel uncertainty as the delaying factor in booking their stand.

There have been no major physical events in TV for almost 18 months, when the industry’s global events calendar was thrown into disarray as travel restrictions were put in place amid the spread of Covid-19.

Reed Midem was among the first affected, with its 2020 version of MIPTV suspended as the severity of the pandemic became apparent. Organisers were then forced to cancel MIPCOM 2020 in September.