AT&T’s decision to spin off WarnerMedia and merge it with Discovery took the industry by surprise. TBI editor Richard Middleton explores what lies behind the deal and what we know about the proposed organisation so far.

The flurry of global streamer launches over the past 18 months was always likely to be followed by some frenetic billion dollar M&A action, but few expected that period to start quite so soon.

Many blanks remain to be filled in but AT&T’s decision to unshackle WarnerMedia and hook it up to Discovery is led by a belief that streaming scale matters.

Housing HBO Max and Discovery+ under the same roof makes long-term sense as the industry attempts to grapple with Netflix and Disney+, but it also underlines the immense challenge facing competitors across the DTC field. 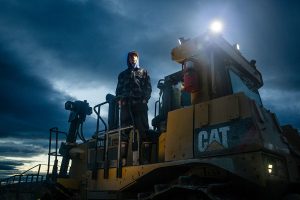 For US telco AT&T, offloading WarnerMedia has been seen as something of a comedown on its attempts to cash in on content. The firm is hugely indebted, following the 2017 purchase of Time Warner ($85bn) and the 2015 acquisition of pay TV operator DirecTV, which cost it a whopping $48bn (or $67bn when debt is taking into account).

Earlier this year, the telco spun off DirecTV into its own company, embracing US private equity firm TPG to take a 30% stake that valued the entire outfit at around $16bn.

Now, it has made a similar move with WarnerMedia and used Discovery as a partner that will hold 29% of the new firm. The deal to create the as-yet unnamed content-focused outfit provides AT&T with $43bn in cash and debt, while also allowing it to return to its core telco operation.

As AT&T’s CEO John Stankey put it, the deal offers the slimmed down telecommunications company “an opportunity to unlock value and be one of the best capitalised broadband companies”. In other words, connectivity over content. 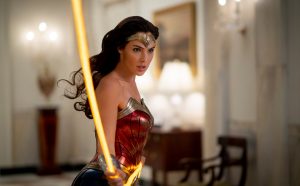 The deal, which is subject to regulatory clearances, has been described as a “pure play” content company – and with nearly 200,000 hours of programming on offer it seems a fair assessment.

At the heart of the deal are the two recently launched streamers: WarnerMedia’s HBO Max and Discovery+. It remains to be seen how or even if they will be combined: during a press call earlier Discovery CEO David Zaslav said a decision would be made “over the next few years” once subscriber behaviour had been analysed.

He added that there was “enormous flexibility” in terms of what could be offered, suggesting a similar approach to that of Disney in the US, which offers services such as Disney+, Hulu and ESPN as standalone and bundled DTC services.

The future of both companies’ numerous international interests also remain unclear, such as what the deal means for Discovery’s ownership of UK-based production giant All3Media, which it shares with Liberty Global.

What’s clearer is the breadth of content that will be available. The new giant organisation will consist of more than 100 brands, ranging from HBO and Warner Bros., to Discovery, DC Comics, CNN and Cartoon Network.

Then there’s HGTV and Food Network – the lifestyle brands among those acquired by Discovery following its deal for Scripps Networks Interactive in 2018 – while WarnerMedia’s stable is also contributing the Turner Networks, TNT and TBS. On top of that, there’s Eurosport, Magnolia, TLC, Animal Planet and ID, plus tens of other channel brands.

And the hope is that all those brands will generate revenue of approximately $52bn by 2023, equating to adjusted EBITDA of approximately $14bn. Not bad for a company whose creation, Zaslav said, had been first mooted via text messages between himself and Stankey earlier this year. 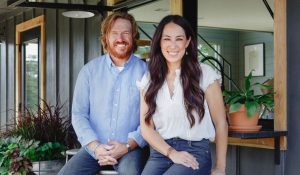 What about spending plans?

Discovery and AT&T added that the new merged operation would gain huge firepower in creating content, with Zaslav adding that there would be a $20bn spend on content, which would grow.

“The new company will be able to increase investment and capabilities in original content and programming,” the two firms added, claiming it would create “more opportunity for under-represented storytellers and independent creators.”

It will also look to “serve customers with innovative video experiences and points of engagement” while also spending more on “high-quality, family-friendly nonfiction content.”

Such spending is comparable with only a few firms in the world – namely Netflix and, to some extent, Disney+. And that is exactly what this deal is aiming to do: move two DTC-focused firms with subscribers in the tens of millions to the top table of global streaming with hundreds of millions.

Zaslav has already been installed at the top of the yet-to-be-named company, but there is little detail below that. The new company’s board of directors will consist of 13 members, seven initially appointed by AT&T, including the chairperson of the board. Discovery, meanwhile, will initially appoint six members, including Zaslav.

WarnerMedia’s chief Jason Kilar, who has led a root-and-branch overhaul of the US studio over the past year, was not mentioned in the initial release although Zaslav praised the former Hulu man as a “fantastic” exec during the press call today. 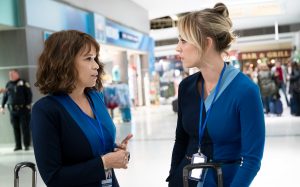 Whether Kilar will retain a post in the new company is unclear but it seems almost certain that this latest piece of M&A will create yet more painful job losses for people working at both companies.

Zaslav said he wanted to drive “productivity” on several occasions during the press call, which will likely mean yet another overhaul for WarnerMedia, which has just come out of a restructuring under Kilar. Discovery and AT&T said they expected the new merger to create at least $3bn in expected cost synergies annually.

The fact that they added that this saving would be invested in new content and digital innovation will likely prove little solace for affected workers.

Stankey added that the deal “will support the fantastic growth and international launch of HBO Max with Discovery’s global footprint and create efficiencies which can be re-invested in producing more great content to give consumers what they want.” For shareholders, it offers a stake in the telco and a stake in the new company, which he described as “a global media leader that can build one of the top streaming platforms in the world.”

For Zaslav, the deal came down to a “simple and powerful strategic principle”, which is that the two entities are “better and more valuable together.”

He added that “cherished IP, dynamite management teams and global expertise” would mean a win for everyone. “Consumers with more diverse choices, talent and storytellers with more resources and compelling pathways to larger audiences, and shareholders with a globally scaled growth company committed to a strong balance sheet that is better positioned to compete with the world’s largest streamers.”