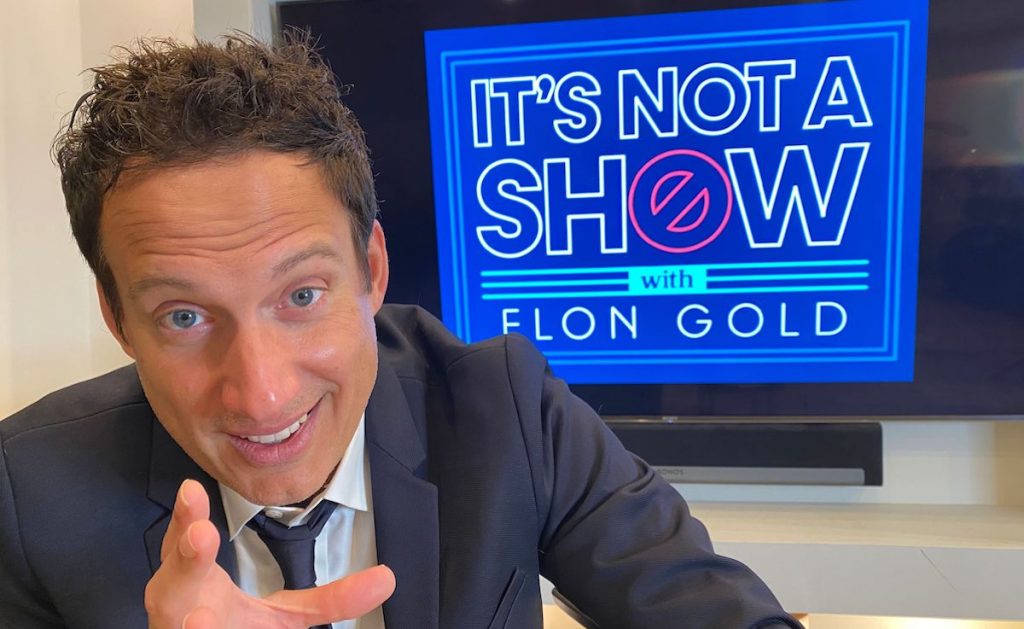 The pilot episode of It’s Not A Show With Elon Gold is set to debut this summer with additional episodes currently in development. Bob Maurer (MTV’s The Tom Green Show) serves as series showrunner and executive producer, alongside with Scott Weinstock, Willie Mercer, Gold and Landmark’s David Ozer and Tim Rouhana.

The series sees Stacked and In-Laws star Gold tackling the big questions about comedy, life, success and disappointment with his comedy colleagues in his home office-cum-studio.

“It was the unique circumstances of 2020 that created a housing situation that forced me to… leave my house,” commented Gold. “Luckily I have a detached back office where I hid for months on end from my family and caught up with old friends, like Jim Gaffigan who I hadn’t spoken to in years. It was a time of great creative inspiration, as well as starvation, since my back office doesn’t have a kitchen. I am thrilled to work with Landmark, Bob and Scott to bring my not-show to a wider audience, and by wider, I mean fatter.”

“For over 25 years, Elon has been respected and loved in the comedy world with many of his classic comedy bits having gone viral around the world,” said Landmark’s CEO David Ozer. “It’s Not A Show with Elon Gold will deliver a fresh take on the talk show format for Crackle Plus fans that will provide an intimate peek into the lives of renowned comedians and entertainers.”