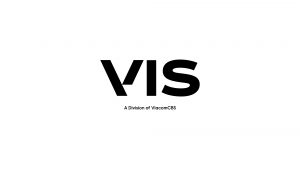 The 10 x 50-minute series has been created and written by Natxo López (Stolen Away), with The Head’s Jorge Dorado attached to direct.

Broadcaster/streamer details have not been revealed but VIS said the show would be sold to partners from 2022.

The story follows a committed but controversial priest who has spent years working for the most disadvantaged while leading a life full of contradictions and sin. A traumatic experience then changes his faith, pushing him to put aside his good intentions and to declare war on those who threaten his parishioners.

Dorado said: “With Pastor, I want to create an overwhelming visual experience to disrupt and move the audience’s conscience. I want Pastor’s images to be smelled, and even chewed on, through this journey to the most remote places within human soul.”

López added: “Pastor is genre, social conflict and mainly a character-driven story. The tale of a beaten man that gets fed up and decides to fight to improve the lives of his peers. He’s a complex main character, whose questionable behaviour makes us wonder if we’re witnessing the rising of a hero or villain.”

ViacomCBS Networks International-owned VIS develops and produces content across all genres for its parent company and third parties. Its slate includes more than 140 projects in development and over 60 titles in production.