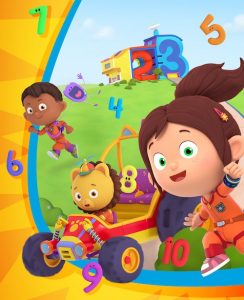 The show is a spin-off series to fellow preschool show Counting With Paula and follows three best friends who have a shared love of numbers, fun and games..

Redfern previously worked for the UK’s CBeebies as a series producer for Go Jetters, as well as gaining credits as writer on The Adventures Of Paddington, Oddbods and Deer Squad.

Alongside joining Omens Studios on a consultancy basis, Redfern will also continue his work with his existing clients.

Chi Sim Tang, CEO of Omens Studios, said: “As we continue to develop and grow our slate of preschool shows, we are delighted Adam is joining the team and bringing his vast industry experience to both our existing and new shows such as 123 Number Squad!.

Omens has offices in Singapore, Malaysia, UK, US and China, and creates, produces and distributes animated series, short films, interactive media and commercials.