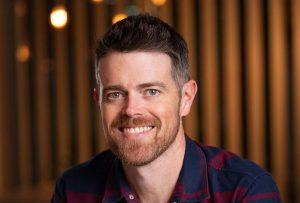 ABC in Australia has ordered a drama backed by Fremantle that explores the hedonistic world of surfing in the 1970s and the cutthroat culture of big business.

Barons follows a group of brave but crazy 20-something friends as they attempt to find the perfect wave, but in the end create billion dollar companies.

It is being produced by 2Jons, Micanical Media and Fremantle, having been created by Michael Lawrence (Bra Boys) and John Molloy (The Gloaming), with writer Liz Doran (Molly) and Fremantle producer Justin Davies (Absolutely Fabulous) attached.

The show will be filmed in New South Wales and has director Shawn Seet (The Code) and surf expert  Taylor Steele (Momentum) onboard.

Fremantle is handling global sales, with the show – which has major production investment from Screen Australia – set to debut on ABC and streamer service ABC iview in 2022.

Chris Oliver-Taylor, Fremantle CEO Asia-Pacific, said described the show as “one of Fremantle’s most ambitious” for 2021.

Michael Lawrence at Micanical Media and John Molloy of 2Jons added: “1970s Australia sat at the edge of the world, an isolation that allowed us to explore who we are and imagine who we wanted to be. Barons revels in the energy and potential of this time – the beautiful, the bad, the wild and the unknown. We hope these characters will find a place in your heart.”

Sally Riley, ABC head of drama, entertainment & indigenous, said: “With a free-spirited sense of adventure, a cast of extraordinary characters and stunning ocean backdrops, Barons promises to take audiences on an unforgettable ride. It’s a uniquely Australian story from a stellar creative team and we can’t wait to dive into production.”