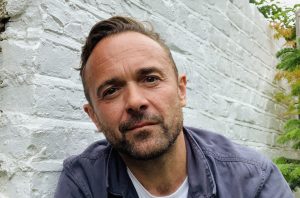 Westbury previously led The European Broadcaster Exchange and before that held senior commercial roles at companies including Carlton, Fox Kids and Clear Channel.

He is also tasked with expanding the publishing division and launching new titles, as well as expanding its corporate video operations.

Mark Browning, CEO at Zinc Media Group, said: “Damon has more than 20 years’ experience of working with – and for – some of the world’s biggest brands, media owners, agencies in both B2B and direct-to-consumer environments. He has consistently delivered excellence in creative solutions’ innovation and has developed some extremely successful strategic partnerships.”

Westbury added: “Fast-changing consumer content consumption and behaviour, supercharged by the lockdowns over the last year, has truly demonstrated the importance of quality programming and content.

“Furthermore, with such increased content consumption, screen time and continued changes to the way we all discover and watch content, it’s never been more important for brands to deliver value driven branded content in order to achieve cut through, create consumer value and be readily discoverable; particularly in the face of the dramatic forthcoming changes to targeted advertising and the growing importance of topical authority, as this comes to the fore in search algorithms ahead of keyword search.”

Zinc was established as a new corporate brand for UK-based Ten Alps in 2016, after the company was recapitalised in 2015 following an uncertain period wrestling with debt. At that stage, founder Bob Geldof exited the business. The rebranded group continued its acquisition activities, picking up firms including Tern Television and corporate video producer Straker Films.