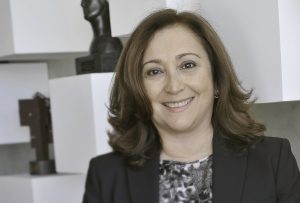 Banijay Iberia has confirmed its local management team, with a series of promotions and the creation of several new positions.

The Spanish and Portuguese arm remains led by CEO Pilar Blasco, who was appointed last year, while Javier García has been appointed CFO & COO having previously held the same role at Endemol Shine Iberia.

Elsewhere, Amparo Castellano was appointed CEO at Zeppelin and Magnolia late last year after Banijay moved all of DLO/Magnolia’s unscripted projects into the company, while José Manuel Lorenzo oversees DLO’s scripted projects. Portocabo remains under the direction of Alfonso Blanco.

Banijay Iberia has offices in Madrid, Barcelona, La Coruña and Lisbon, while its firms produce shows including local versions of MasterChef, Temptation Island, Big Brother and Operación Triunfo, as well as new IP such as Hierro and Heirs To The Land.