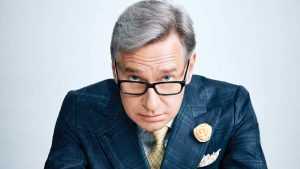 The pick up comes following a pilot, which was directed and executive produced by Rachel Lee Goldenberg.

Ellen Rapoport is serving as showrunner and will executive produce the series alongside Ghostbusters filmmaker Paul Feig and Dan Magnante for Feigco Entertainment.

This will be the second collaboration between Feigco and Lionsgate Television for HBO Max, after previously partnering on Love Life. Lionsgate is also producing Santa Inc. and Julia for the WarnerMedia-owned service.

“We are so excited about this series, which is fun, feminist, and wholly unique, and we couldn’t ask for a better cast or partners in Ellen, Rachel, Feigco and Lionsgate,” said Sarah Aubrey, head of original content at HBO Max.