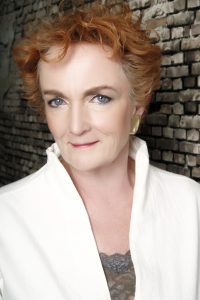 UK- and LA-based training & development company MediaXchange has been connecting creatives around the world for three decades and to mark its 30th anniversary, founder & CEO Katrina Wood reflects on how the business has transformed over that time.

What is there to say about running a business for 30 years – MediaXchange started with the vision that the TV industry was becoming global and that it was above all, a ‘people’ business.

I should start by remarking on the highlight of all these years being the brilliant and talented people whose paths we have crossed in the delivery of our services. Thank you to the experts and participants alike for this great journey.

Our first Exchange was from the UK to US and built around the women producers I had known through starting Women in Film with Katri Skala in 1989. We spent a week in New York and a week in Los Angeles exploring the market. Not only were those professionals they met generous, but also the group itself, as it does to this day, makes friends for life.

In the early years, we took David Aukin/Channel 4 and nine other broadcasters in an exchange to South Africa, the year Mandela came out of prison. We took S4C to Japan, where there were no street addresses for the meetings, underestimating the social and business protocols, but with a blind faith that we would achieve a meeting of the minds. 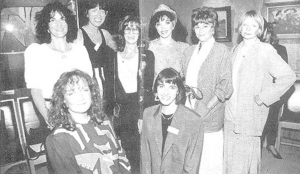 It was with the same confidence that we have taken TV professionals to LA on our Showrunner Exchange for 23 years. In the early years we were joined by Sven Clausen from Danmarks Radio (DR)’s Drama department. He came another few times and ultimately applied the learnings to revolutionise the Danish industry under the ‘One Vision’ model, leading to shows like The Killing and the international brand of Nordic Noir we enjoy today.

During the last LA Exchange we managed before lockdown, the group met 18 showrunners working on some of the biggest shows in the world. In small teams, the group crisscrossed the city, meeting in the offices and writers’ rooms of the leading shows and networking with top creatives.

All the bricks in the wall seem to pile up with some rationale but none of it prepared us for Covid.

Despite the tremendous suffering and disruption it brought, it has forced us all to completely re-evaluate how we do business which has brought models which are likely to stay. We relaunched our flagship Role of The Showrunner programme as a series of online webinars which have allowed us to reach a far greater number of people from around the world and draw upon a more diverse range of perspectives and experiences ranging four continents.

We were also able to launch a program I love dearly, called The Drug Of the Show with Victor Levin (Survivor’s Remorse, Mad Men). The focus is to examine and distil the alchemy that makes certain shows irresistible to watch. Through studying our favourite shows the element of creative gold is distilled, understood, and can be applied to our participants own story armoury. 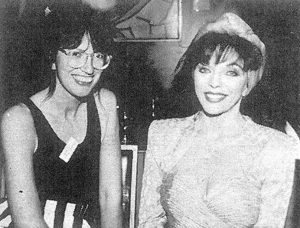 I live in hope that we will be able to go back to meeting face to face and ending the day with a glass of wine and exchanging war stories, but maybe it is time to measure things differently, consider travelling less, and using the amazing savings and efficiencies offered by technology. But I’m sure I’m not alone in missing my friends around the world, even if I can chat to them so easily on Zoom.

So, what of the next 30 years? MediaXchange, with its usual enthusiasm, is stepping forward to embrace our new strand Infinite Storytelling, exploring where the worlds where classic TV and Games intersect, and the glow of great stories will continue to unite in our love of the truth well told.

Will the biggest series be augmented reality commissioned by algorithms and delivered through smart lenses? I have no doubt that the landscape will be unrecognisable from today, but I am certain it will remain a ‘people’ business… talented and skilful storytellers sharing the intimate, emotional and resonant stories of themselves and others, with millions around the world.

Katrina Wood is founder & CEO of MediaXchange, the consultancy, development, training and events company with bases in the UK and LA.