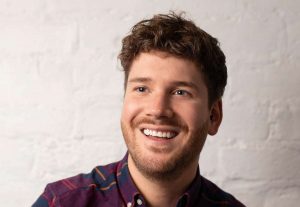 Marshall joins from fellow Scottish prodco Beezr Studios, where he was head of factual entertainment and formats, running both production and development teams.

Prior to this, Marshall was series producer of BBC One quiz show Impossible and launched Tern’s studio-based dating format Love Song. He has also had stints at UK outfits STV, IWC and BBC Studios, while also working on shows including X Factor, Britain’s Got Talent and Big Brother.

Marshall begins his role on 6 April and reports into Harry Bell, MD of Scotland- and Northern Ireland-based Tern.

Bell said: “Having learnt his trade on some of Britain’s most popular formats, he thinks big and plays big. He’s the perfect fit.

“Building on our roster of factual returners in documentary, crime, arts and history David will genre-bend the brand. Innovative escapism, new game formats and noisy disrupters are what channels crave and we can create.”

Marshall added: “This is an exciting time for studio-based entertainment in Scotland and I’m thrilled to be joining one of the UK’s most experienced Nations’ producers as they look to make the natural progression to shiny floor and formats.

“I am really pleased to be reunited with the wonderful team at Tern both to help drive this new move and build on their highly-respected factual entertainment output.”

Last year, UK pubcaster the BBC commissioned 35 hours of programming from Tern for both original and returning shows, as revealed by TBI.