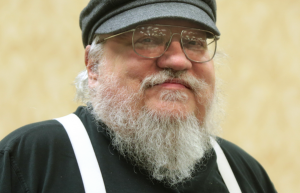 George R. R. Martin, the US novelist whose A Song Of Ice And Fire fantasy book series was turned into the HBO hit series Game Of Thrones, has reportedly signed a multi-year deal to create content for that network and its streaming service HBO Max.

The deal will run for five years and netted the author an eight-figure sum, according to US publication The Hollywood Reporter, which first reported the story.

While Game Of Thrones came to an end in 2019, HBO has five spin-off shows currently in development, with one other, House Of The Dragon, has been greenlit to series and is expected to debut next year.

Ryan Condal and Miguel Sapochnik will co-showrun the latter, which has already cast Olivia Cooke, Paddy Considine and Matt Smith and will be set 300 years before the events of Game Of Thrones.

The projects in earlier stages of development include one based around the warrior queen Nymeria, another around the seafaring Lord Corlys Velaryon, a third set in the city slum of Flea Bottom, an animated series and one more based upon Martin’s ‘Dunk and Egg‘ prequel novellas.

Martin is also developing adaptations of Nnedi Okorafor’s postapocalyptic novel Who Fears Death and Roger Zelazny’s fantasy tale Roadmarks for HBO, and is attached as executive producer on both.