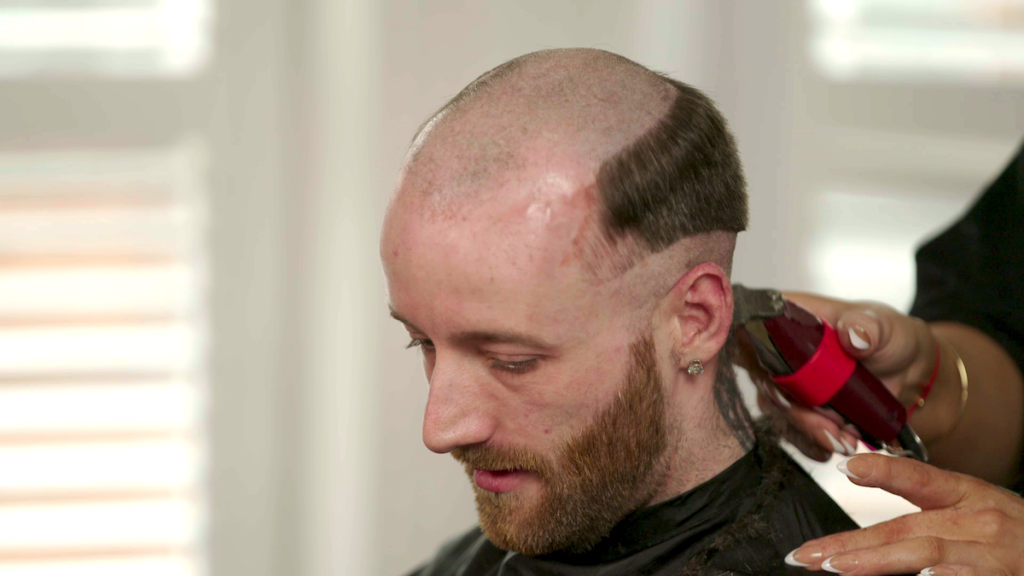 Barbershop For Bald Men sees men with male pattern baldness comes on to the show to share their hair-loss experiences before undergoing a transformation though cutting edge hair replacement systems.

Celebrity stylist Kris Weir, 2011 winner of the E4 TV series Great British Hairdresser, fits each participant with a new head of hair and give them the haircut of their dreams.

The 1 x 30-minute pilot was produced by Tom Pegg, directed by Joe Campo, and exec produced by Tracie O’Neill for Stellify Media.

Northern Irish indie Stellify Media is behind shows including Beauty Queen & Single, Blind Date and Who Wants To Be A Millionaire? This new pilot will broadcast on BBC Northern Ireland, with a view to networking the format and taking it to series at a later stage.

Kieran Doherty, joint CEO and co-founder of Stellify Media, commented:  Whether you are gifted with luscious locks or are follicly challenged, this show presents all sides of the debate around hair loss and will be entertaining and informative for all.”

Eddie Doyle, head of commissioning at BBC Northern Ireland, added: “Positivity and compassion are at the heart of Stellify’s exciting new format Barbershop For Bald Men. This innovative show deals with the stigma and complex emotions surrounding hair loss in young men, in a wonderfully thoughtful and uplifting way.”