Kids round-up: ‘Cat In The Hat’ is Sky-bound; Jetpack to launch ‘Cardboard City’ worldwide; Global sales for ‘Oddbods’ and ‘Insectibles’ 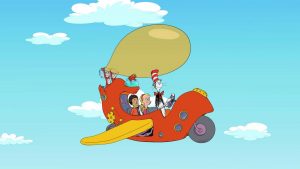 The Cat In The Hat Knows A Lot About That!

‘Cat In The Hat’ is Sky-bound

Sky Kids in the UK has picked up two seasons of animated series The Cat In The Hat Knows A Lot About That!, amid a raft of deals for the property struck by Canada-based producer and distributor Portfolio Entertainment.

The second season and third seasons of the show (80 x 11-minutes in total) are headed to the UK kids channel, while Unis TV in French-speaking Canada has also signed on for seasons one and two.

Portfolio has also inked deals for the 1 x 60-minute holiday movie The Cat In The Hat Knows A Lot About Christmas! with KiKa in Germany and NRK Norway.

The property is produced by Portfolio Entertainment and Collingwood O’Hare Productions, in association with Dr. Seuss Enterprises, Random House Children’s Entertainment, Treehouse, and PBS Kids, and based on the iconic Dr Seuss character.

“The enduring legacy of Dr. Seuss’ beloved character lives on as a new generation of kids around the world will be going on adventures with the cat in the big striped hat and his friends,” said Donnie MacIntyre, VP of sales and business development at Portfolio Entertainment. 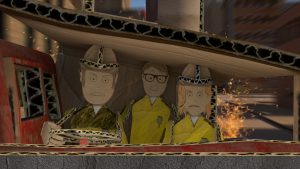 The deal covers season one of two (20 x 5-minutes total), as well as the original 1 x 9-minute special Fire In Cardboard City, of the animated comedy, which is aimed at children six and up and made through a combination of 3D animation and motion capture.

Jetpack CEO Dominic Gardiner commented: “Welcome To Cardboard City is such an innovative and hilarious concept, we were pretty hooked from the start. The series and special has received global critical acclaim, incredible recognition through awards and festivals and an almost cult following. And it’s easy to see why.” 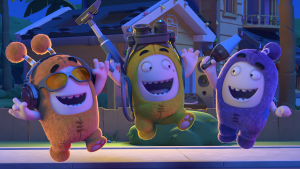 Global sales for ‘Oddbods’ and ‘Insectibles’

WarnerMedia, Canal+ and Astro are among the international broadcasters to pick up children’s shows Oddbods and Insectibles, following deals with Singapore-based producer and distributor One Animation.

Mexican broadcaster Televisa has picked up seasons one and two of Oddbods’ seven-minute long-form version and the first season of the one-minute short-form content, while WarnerMedia has taken the 22-minute special Oddbeard’s Curse for its Boomerang and Cartoon Network kids’ channels in Latin America.

Further Oddbods deals have been struck with Studio N in Poland, True Visions Group in Thailand, Canal+ in Myanmar and Astro in Malaysia and Brunei.

Meanwhile, season one of Insectibles (52 x 11-minutes) has been acquired by TRO in Russia in Tatar language, and RedHead SARL in South Africa for free TV distribution.