Farmer had been a pivotal part of MGM’s operations across Europe and Asia over the past three years, with a remit that included oversight of TV distribution in the UK and China.

He was also responsible for securing new scripted series and production partnerships, having taken on the job in 2017 following an overhaul of MGM’s international sales division.

Farmer, whose next move is not yet known, had reported into Steve Stark, MGM’s former president of TV production & development. He left his role earlier this month to take up a new production deal with the Fargo studio. 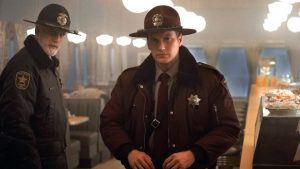 Epix president Michael Wright has since taken on Stark’s responsibilities by becoming president of MGM TV. He also remains in charge of MGM-owned cable network Epix and reports into MGM Worldwide Television Group chairman Mark Burnett in his new role.

Farmer’s exit comes as MGM remains the subject of takeover rumours, with the Wall Street Journal reporting in December that investment banks had been appointed to advise on a potential sale, which valued the studio at $5.5bn.

At the time of her appointment, Bauer added that Burnett and the studio “share a vision to further strengthen the iconic MGM brand internationally” while also working with US cable network Epix “to create synergies across the companies.”

MGM has been hit hard by the pandemic over the past 12 months, with delays to its movie slate – including James Bond film No Time To Die – costing the firm tens of millions of dollars.

Its TV slate, meanwhile, has enjoyed more success over recent years with shows such as the TV adaptation of Fargo for FX, History’s Vikings, its spin-off Vikings: Valhalla for Netflix, Get Shorty for Epix, and Condor for AT&T’s Audience Network.

MGM did not comment on today’s news when approached by TBI.