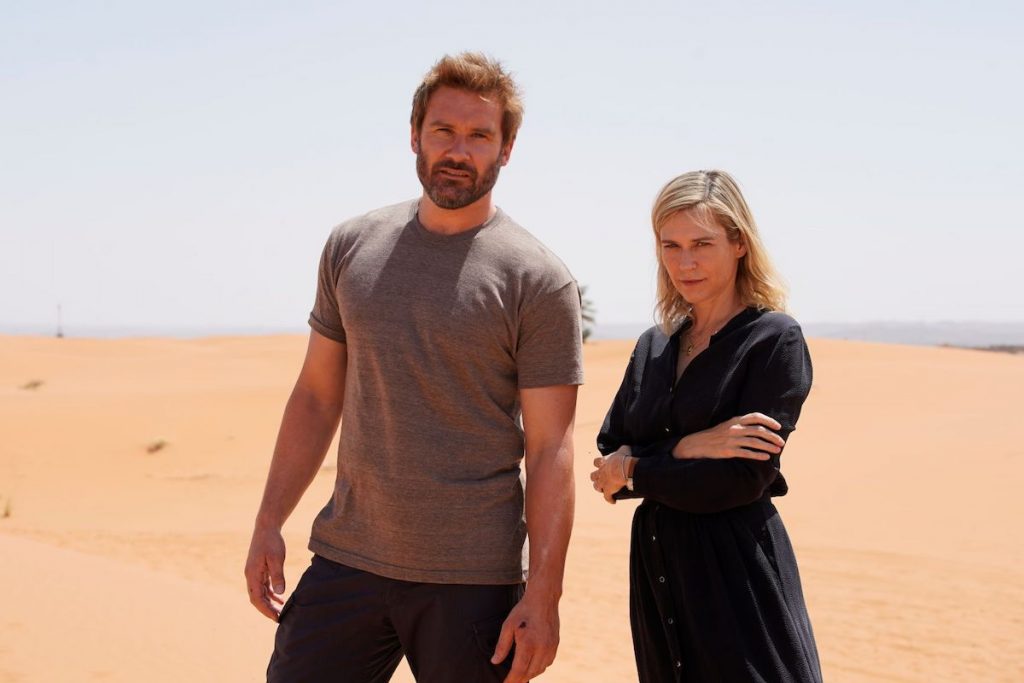 Louis Choquette directs the series, which was created and written by Franck Philippon, Bénédicte Charles and Olivier Pouponneau. It tells the story of Claire (Marie-Josée Croze), who is trying to start over in Abu Dhabi with her son Zach and husband Lukas (Hannes Jaenicke). But her new life is thrown into chaos when she discovers that her late husband Gabriel (Clive Standen) is still alive.

The series has previously sold to SBS Australia, AMC Networks Iberia, and Marjan in Iran.

“Mirage is an English-language series with an exciting cast and creative team who have captured the attention of buyers around the world that are looking for a high-quality international spy thriller set in exotic locations,” said James Durie, head of scripted at Cineflix Rights.

“We are delighted that Paramount+ will be joining Mirage’s other broadcast partners as the series continues its international roll out.”