‘2020: The Story Of Us’ producer Katie Buchanan on filming an unfolding crisis 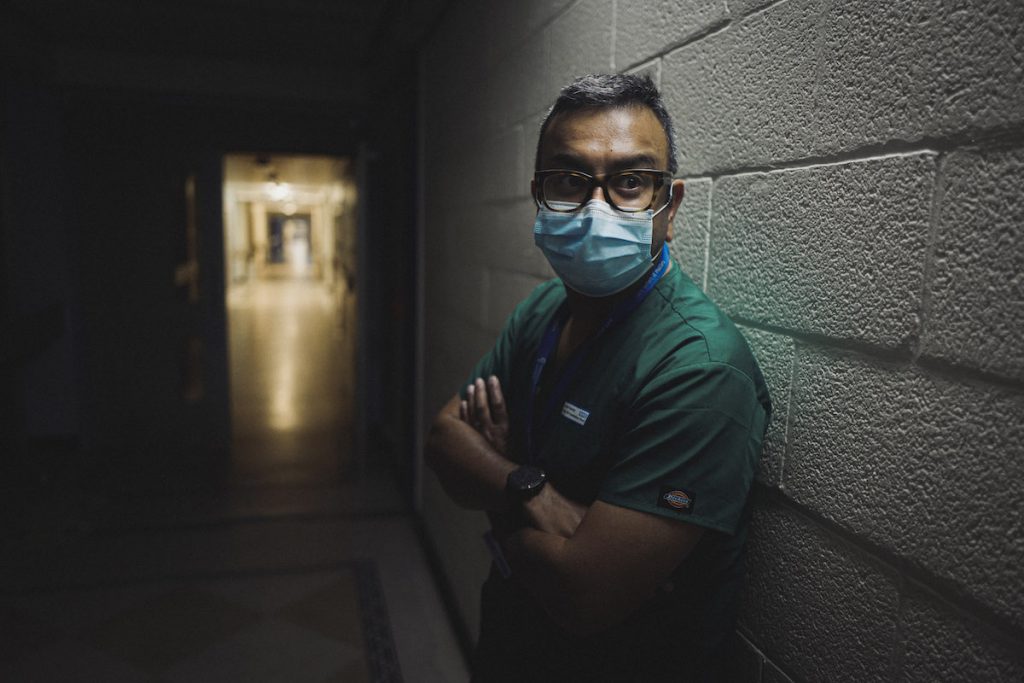 Docsville Studios’ Katie Buchanan, producer on 2020: The Story Of Us, a co-production with Altitude Factual and Expanded Media that aired on UK broadcaster ITV this week, reveals how her team rose to the challenge when they found themselves at the heart of the unfolding global Coronavirus crisis.

When Docsville Studios decided three years ago to make a series about Intensive Care Units (ICU) – at that time, mysterious places making life-and-death decisions every day – we knew that it would be a challenging process. But as Covid approached with terrifying speed, it became clear that the ICU was soon going to be in the frontline and this could be an extraordinary opportunity to tell what would become the story of our time.

When I met them in early March 2020, Lawrence Elman and Nick Fraser’s project at Docsville Studios was already in development with Altitude Factual, Expanded Media and the Intensive Care Society (ICS). The idea had been to celebrate 50 years of the ICS and make a series about intensive care units – these mysterious places which people know very little about, and where patient’s lives hang in the balance.

Docsville had been developing the series over a couple of years, having been selected by the ICS as their partner of choice and development funding was already in place when I joined the team. As the news started to trickle through about overcrowded hospitals in Italy, however, it quickly became clear the series as originally imagined would need to be put on hold, but that we were absolutely in the right place at the right time to make a landmark feature documentary about this crisis through the lens of intensive care. We couldn’t wait around for someone to commission it. There was literally no time to waste. 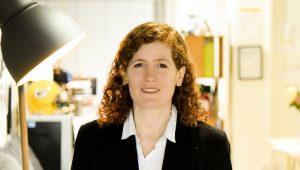 Keeping up with the virus

Lawrence had spent the weeks before lockdown visiting intensive care units at the Whittington, the Royal Preston and Portsmouth and relations were good. The biggest lesson we learned, however, was no matter how fast you move the virus moves faster. As the crisis engulfed the nation, the NHS moved into Level 4 alert, their highest level and our access approaches stalled. But through the Intensive Care Society we were now speaking to intensivists from multiple trusts across the country. There had to be a way of telling their stories.

Days before lockdown we had filmed an interview with one of the UK’s leading ICU specialists, Professor Hugh Montgomery, talking frankly of feeling like a World War One soldier about to go over the top. It was riveting and we realised that even though we couldn’t get into intensive care units as the surge hit, they could still let us into their worlds by filming on their phones.

Through the ICS we quickly reached out to intensivists across the country and soon had a cohort over 20-strong filming on their phones. Our network grew and we heard of colleagues who’d been deployed or friends of friends managing overflowing intensive care wards.

As lockdown hit and the first surge began, we started receiving powerful and moving testimonies of their first encounters with Covid. Over the weeks we were able to work with them to make their material more filmic, encouraging them to film the world around them as well as their thoughts and feelings.

It was an extraordinary feeling logging onto the board each morning and seeing our contributors talking about their experiences of things that were dominating the news – families not being allowed in, patients dying, the lack of PPE, colleagues falling ill.

But it was when we showed Kevin Macdonald some of the material and he became interested in directing the project that we knew we had the chance to make something really big. We fired up negotiations with the trusts again and thanks to the impassioned support of some of the intensivists who had been recording on their phones for us for several weeks, we managed to get access to the original three that we had been talking to. Jo Clinton-Davis at ITV came on board soon after that and we were in production. 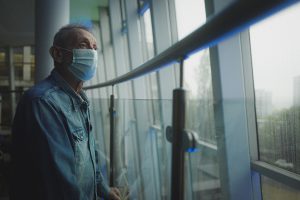 Poetry at the heart

We had to quickly develop protocols – not only were we dealing with Covid, but establishing consent when patients were severely ill and sedated or unconscious was far from straightforward – but we were helped by having Dan Dewsbury as our director of photography. Dan had shot at the Royal Free during the first wave for Hospital and knew the ropes.

Everything fell quickly into place from then on. Kevin believed strongly we should stick with the characters we’d been with from the beginning and only meet patients through them. This paid off when on our very first day of filming in the intensive care unit at the Whittington we met Michael Rosen who was one of Hugh Montgomery’s patients. Michael’s poem These Are The Hands, in celebration of the NHS, had been circulating at the start of lockdown and we knew instantly that his story could form the heart of the film.

We still had the problem of how to weave together the phone footage, news archive, observational footage filmed over the course of the year, and Michael’s extraordinary poems, but our editor David Charap was the final piece of the jigsaw. David had worked with Kevin before on Life In A Day and we knew if anyone could make something truly memorable from this powerful, but disparate, material it was him.

Never in our wildest dreams, when the idea for this project was conceived in 2018 did we expect to find ourselves on the front line of a national emergency. Never did we anticipate creating a film that would so powerfully document the most challenging year in the history of ICUs. And never did we believe we would have such an opportunity to celebrate their work. We are very glad that we did.