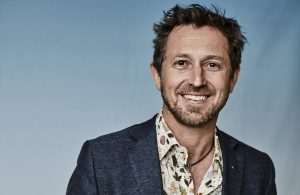 Hunter previously worked for the BBC’s Natural History Unit and was most recently a producer, director and writer on its blue chip series Seven Worlds, One Planet and Planet Earth 2.

He has also been series producer on Wild Arabia and principal director on Frozen Planet for the BBC, while credits for Nat Geo include Hunter & Hunted and Cliffhangers, both of which he also presented.

His new remit at WildBear includes expanding the company’s slate of blue-chip natural history content and films about the natural world, while also securing new commissions and running productions.

WildBear is behind Sundance Film Festival selection Playing With Sharks: The Valerie Taylor Story and has also produced shows such as Bushfire Animal Rescue for PBS Nature, ZDF/ARTE and SBS, as well as Dino Bird for National Geographic and ZDFE.

“There is a tremendous appetite for beautifully produced natural history at the moment, especially if it takes us to new worlds and shares unique stories, as with Playing With Sharks,” said Michael Tear, WildBear Entertainment’s CEO.

Tear added that Hunter’s arrival “not only gives us an additional resource to capitalise on this current demand but also, more importantly, he brings extraordinary expertise from working all over the world at every stage of the creative process, from operating cameras to directing, producing and presenting.”

Hunter said: “I can’t wait to get stuck in with the team to enhance WildBear’s natural history output still further. We’ll be working on ambitious new programmes for new outlets, to be enjoyed by audiences all over the world.”