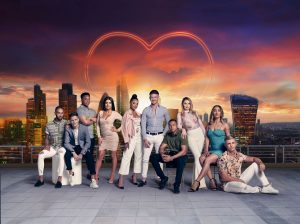 Discovery EMEA and MTV are among those to pick up reality series Singletown, following tape and format sales struck by Keshet International.

The 15 x 60-minute series, originally produced by Keshet Productions for the UK’s ITV2, has been sold to Discovery EMEA in several markets in a multi-territory deal, while MTV has taken the show in Finland and RTL Passion has acquired it in Germany. The series has also been picked up by Now TV in Hong Kong and Hoopla Digital, the streaming service available in the US, Canada and Australia.

In addition to picking up the original British series, TV4 in Sweden and several markets in Discovery EMEA have also acquired both the 16 x 43-minute Danish and 18 x 43-minute Norwegian adaptations produced by Banijay Nordic’s Nordisk Film TV for Discovery+.

Keshet International has also licensed Banijay Nordic the production rights to an 8 x 15-minute spin-off series following couples after they left Singletown, alongside a re-order for a second series of Singletown Denmark, which is produced by Metronome Denmark.

Format production rights have also been sold to Discovery Group in the Netherlands and Spain, with Banijay Nordic extending options in multiple territories, while Banijay Italy has also acquired production rights to the series for Italy.

Media Ranch has announced the finalists of its format incubator Horsepower 3.0, with five women and three men from Quebec beginning their format creation training with the company.

The selected participants come from a variety of backgrounds, different ages and several without any experience in television. They will participate via videoconference due to COVID, with weekly workshops taking place over the next four months.

Over the course of 16 weeks, the participants will be introduced to different types of formats, trends in TV markets around the world, and will learn to write formats themselves.

The incubation process will culminate in July with the presentation of the eight virtual pitches to a jury made up of 10 representatives of the four Horsepower 3.0 partners ­– Media Ranch, TF1, Quebecor Content and La Fabrique des Formats.

The winning format then selected will be the subject of a co-development agreement as well as an international distribution agreement. 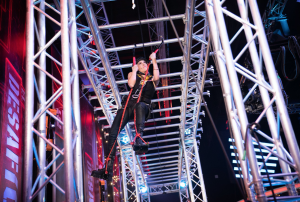 Onza Distribution has closed several format deals for competition series The Celeb Challenge, with producers including Coral Europa for Portugal, Vincent TV Producties for the Netherlands and Banijay Group for Russia, Italy and Germany, among others.

Produced by Atresmedia TV in collaboration with producer 7 y Acción for Antena 3, the format sees eight celebrities challenged to push their physical and mental abilities to the limits. It has been renewed by Atresmedia for a second season, with filming to begin next month.

Carlos Garde, director of Onza Distribution, commented: “This kind of format has a lot of success on television channels around the world; pure family entertainment and a structure that is simple to follow. An unbeatable formula for primetime.”