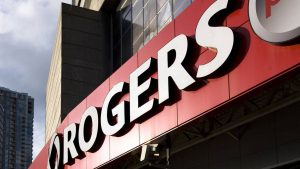 The takeover would allow Ontario-based Rogers – whose media arm operates networks such as CityTV and local franchises including FX – to expand its mobile business across Western Canada, where Shaw is stronger.

The acquisition, which is subject to regulatory clearances, would see shareholders receiving $40.50 per share, a price that is almost 70% higher than the close on Friday.

The Shaw family has supported the proposed deal, which would see it become a major shareholder in Rogers if the deal goes ahead.

News of the acquisition has prompted renewed speculation that the Shaw family might also be exploring a potential sale of its stake in media division Corus Entertainment, which has faced growing competition from US-based streamers including Netflix.

Rogers and Shaw, which previously linked up on now defunct Canuck streamer Shomi, said the deal could lead to “synergies” of C$1bn each year, with the combined companies’ annual revenue currently standing at around C$19bn.

Rogers added that it would spend $2.5bn to improve 5G networks in Western Canada if the deal is given the go-ahead by regulators, which are concerned that the takeover could stifle competition.

Shaw is the fourth biggest mobile operator while Rogers currently sits in third spot, with Telus Corp and BCE Inc sitting second and top of the industry at present.

The deal, which is also pending shareholder approval, is scheduled to close in 2022.