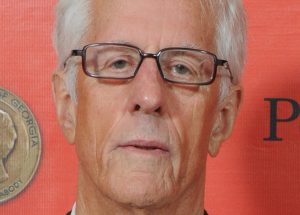 BBC Studios and ITV-owned streamer BritBox North America has secured the exclusive premiere of 63 Up, the latest instalment in the late director Michael Apted’s Up series, following its theatrical release last year.

Apted, who passed away last month, helped to launch the documentary anthology series in 1964 with the original 7 Up, which was broadcast as a one-off World In Action special exploring the hopes and dreams of a group of British seven-year-olds.

The director went on to revisit the same group of people every seven years to offer insight into whether our adult lives are pre-determined by our earliest influences and by the social class in which we are raised. Now, as the group reaches retirement age, the film is back to discover what they are doing.

This latest instalment will land on BritBox on 9 March, joining the rest of the Up series which is already available on the streamer.

“Michael Apted brought one of the most astonishing and innovative documentary series into our homes and hearts,” said Emily Powers, head of BritBox North America. “We are honored to be the exclusive home to the entire Up series and to offer Michael’s last installment of this important feat in storytelling on BritBox.”